I've created this section to showcase the interviews I have done from across my portfolio separately, in addition to under their main topic section. 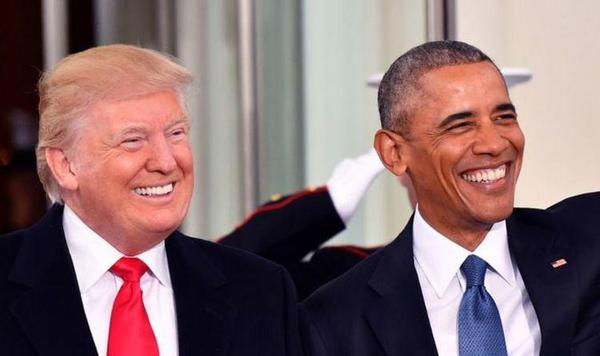 US election shock: How Trump or Obama could use 'loophole' to gain third term as President

Under US law, he can only stand for re-election once. But there is a Presidential line of succession, with the first being Vice-President, followed by Speaker of House of Representatives, President pro tempore of the US Senate, Secretary of State, Treasury Secretary, Defence Secretary and Attorney General followed by the other Cabinet Secretaries in order of the creation of their post. There may be a legal loophole in which a two-term President can get a third term, Dr Kyle Kopko of Elizabethtow 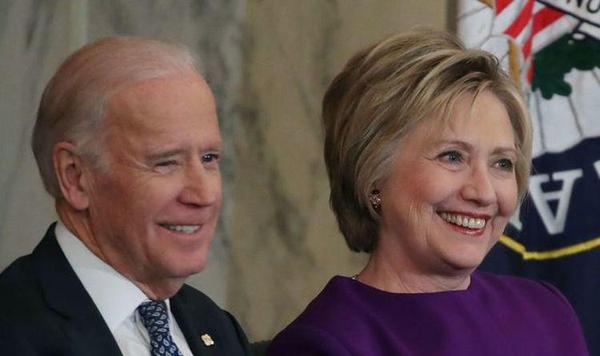 For many commentators, Mrs Clinton’s defeat came as a shock, but one of her former advisors has shared insight into how Biden can avoid making the same mistakes she did in the lead up to the November election. The former Secretary of State received nearly three million more votes than Trump. But the electoral college format of the elections meant the votes Trump picked up translate into more electoral votes. Professor James Davis of the University of St.Gallen advised Mrs Clinton’s campaign on 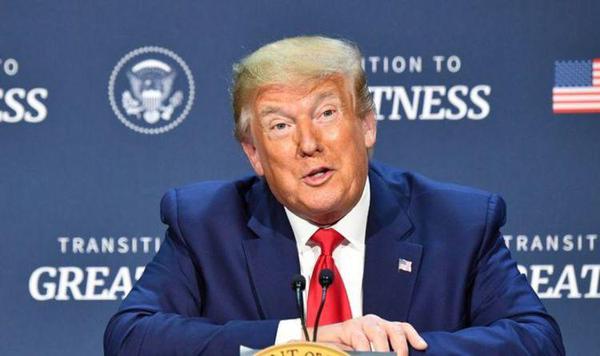 During the beginning stages of the Democratic Party nomination race last year. Trump was favourite to win a second term. However, in recent months, the US has suffered over 115,000 coronavirus deaths and seen protests following the death of George Floyd in police custody. Speaking to express.co.uk, Dr Andrew Moran, Associate Professor of Politics and International Relations at London Metropolitan University said: “His [Trump] popularity has been declining as the numbers of Covid-19 deaths increa 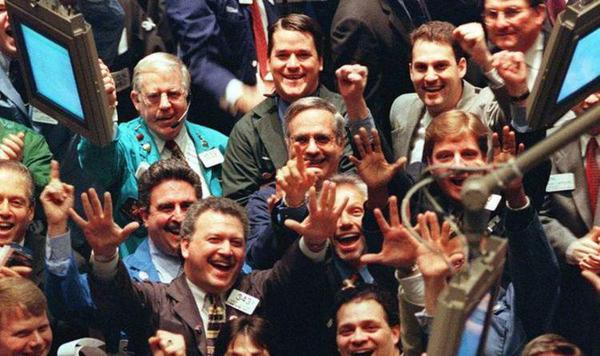 Why did the Dow Jones rally on the same day it was revealed the US had entered recession?

On the same day, the Dow Jones Industrial Average (DJI) jumped 3.2 percent to close at 27,110.98. This was the highest closing since February 25, four days before the first reported American death. Paul Craig, portfolio manager at Quilter Investors, explained to express.co.uk why the market appeared to behave differently from other economic indicators: “Stock markets around the world have decoupled somewhat from what the economic indicators are saying. "The Covid-19 imposed lockdowns have cause 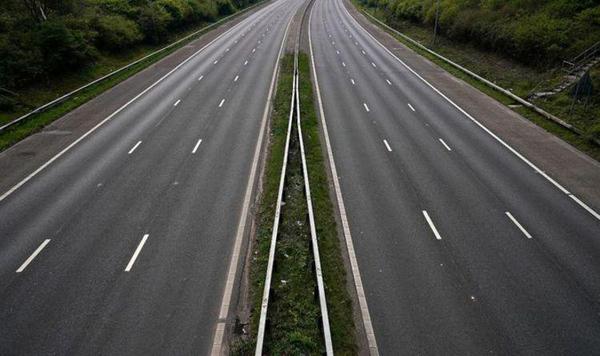 The survey from Hyundai spoke to 2,000 motorists and found 18 percent struggled to get back to normal behind the wheel of their car. A total of 28 percent reported stalling their car, 21 percent had scraped their wheels on the curb, while 12 percent said they had forgotten which side they filled up or charged their car. Kate Rock-Rees, of Goodyear, spoke to express.co.uk about steps motorists can take to help reacclimatise themselves to driving and avoid difficulties: “It’s vital that you make s 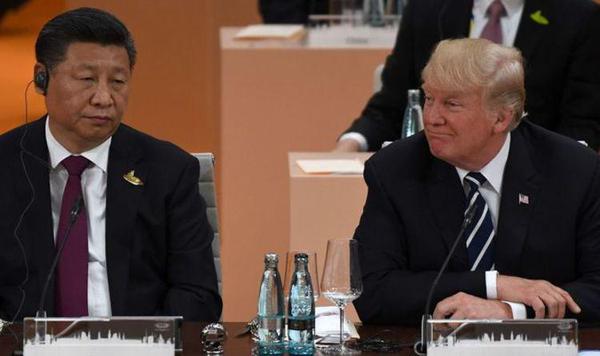 US-China Trade War: Why US will ‘tread more carefully’ than it did with Iran

Washington has also shown concern over the situation in Hong Kong in the last year. Congress has passed the Hong Kong Human Rights and Democracy Act of 2019 which aims to impose sanctions on those responsible for human rights violations in the city. Speaking to Express.co.uk about potential responses Washington could take in response to a controversial national security law, Professor Stefan Legge from the University of St. Gallen explained: “Right from its start, the Trump administration reckon 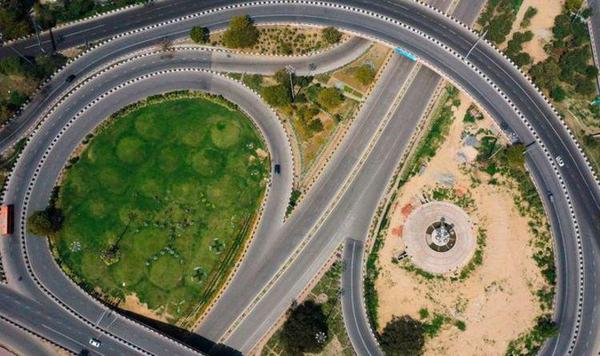 Coronavirus latest: The long term impact lockdown will have on carbon emissions

Global carbon emissions dropped by 17 percent in early April compared to 2019 figures. The research found that levels had not been this low since 2006. It comes as large swathes of the economy are at a standstill due to the ongoing coronavirus pandemic. Corinne Le Quéré, a professor of climate change at the University of East Anglia, was the lead author of the study and told Nature Climate Change: “This is a really big fall, but at the same time, 83 percent of global emissions are left, which s 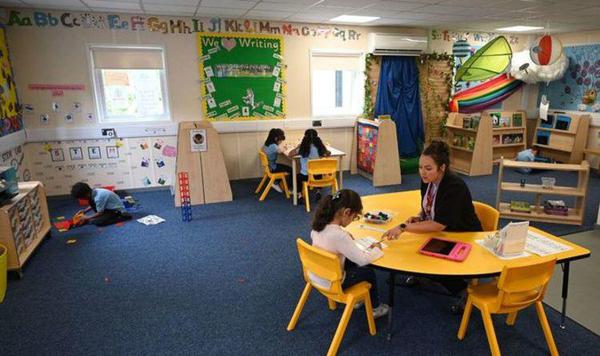 In England, reception, year one and year six all went back to school. Education Secretary Gavin Williamson acknowledged earlier in the lockdown that continued closures could have a negative impact on education, though Prime Minister Boris Johnson said in May the reopening of schools would be gradual. Dr Anastasia Giannakopoulou, a psychology lecturer at the University of Bedfordshire, told express.co.uk that schools would be different as a result of the outbreak: “No matter how much we crave goi 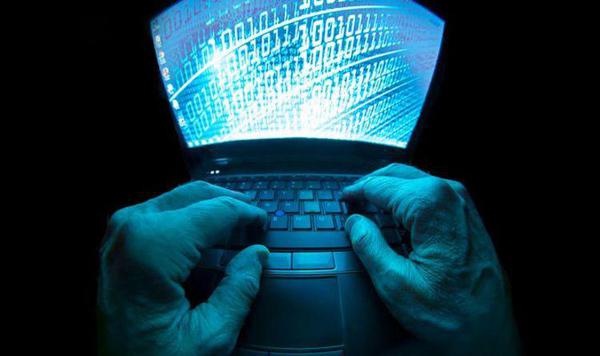 Why coronavirus lockdown may have increased threat posed by THIS movement

Last week, the teenage suspect, who cannot be named due to their age, was charged with terrorist activity as well first-degree murder and attempted murder as Candian police believe the suspect was influenced by the incel movement. The Toronto Police Service and the Royal Canadian Mounted Police said in a statement on May 19: "Terrorism comes in many forms and it's important to note that it is not restricted to any particular group, religion or ideology. "Incel refers to men who identify as invol 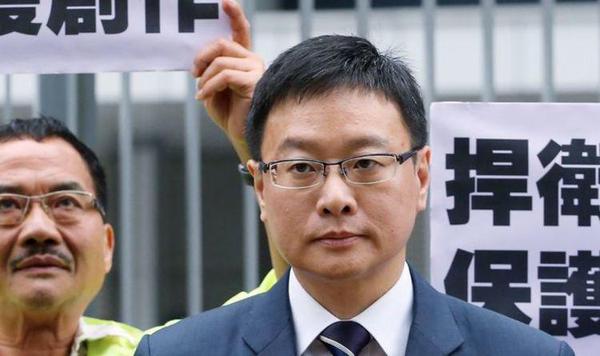 Kenneth Chan held a seat on the Hong Kong Legislative Council representing Hong Kong Island from 2012 until 2016. The city’s executive has proposed a law which aims to curb subversive forces which aim to undermine China’s authority. Speaking to Express.co.uk, Mr Chan explained: “The point of all this is to strike fear and restrict our rights ‘in the name of national security. “People can be easily arrested and detained under a new set of measures which know no limit. “The agency powers will rea 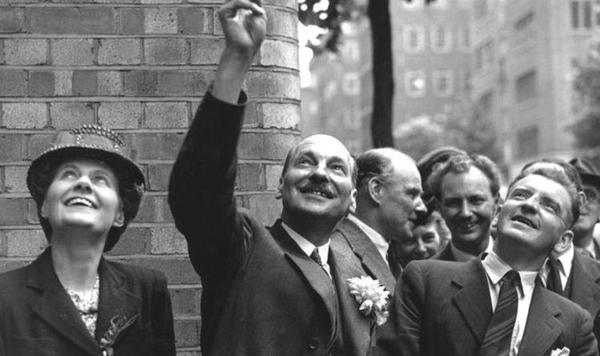 The conditions facing many parts of the world at this period saw massive rebuilding needed of the economy and infrastructure, whilst the war effort fostered strong civic duty and these are suggested as factors behind the trend. In the UK, Clement Attlee’s Labour won their first ever majority and would go on to form the NHS and build the welfare system. On whether coronavirus could have a similar effect, Dr Patrick Diamond, a senior lecturer in public policy at Queen Mary University of London tol 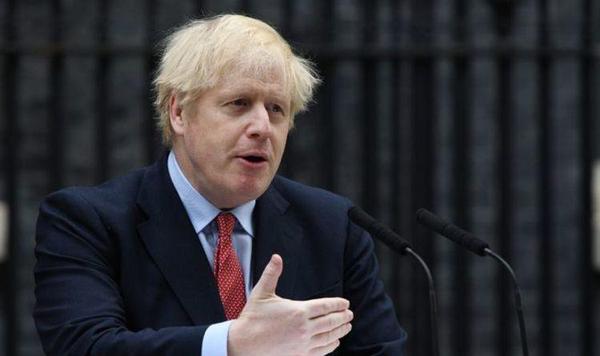 The poll spoke to 2,823 people. The virus has led many to ponder what would happen in politics over the coming years as a result, not just from voters but also from parties. Dr Dionyssis G. Dimitrakopoulos, a senior lecturer at Birkbeck College, University of London’s Department of Politics, speaking to express.co.uk said: “I think there is one certainty about the crisis and that’s in the aftermath ruling right-wing parties and right-wing parties in opposition will say that cutbacks are necessar 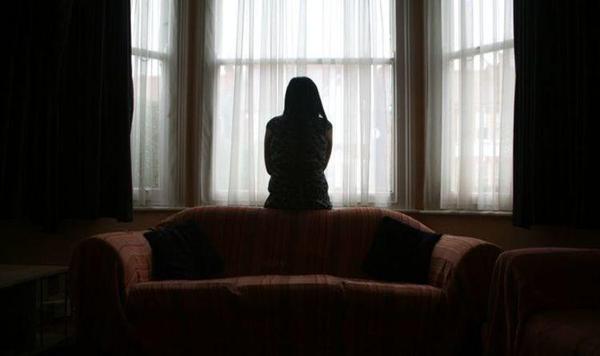 Former Prime Minister Theresa May urged the Government to consider the impact lockdown might have on vulnerable individuals when planning exit strategy. A report by MPs revealed calls to a domestic helpline rose 49% weeks after the lockdown began, Dianna Nammi is the executive director of the Iranian and Kurdish Women’s Rights Organisation (IKWRO) and she told express.co.uk: “This situation has made it very difficult for many women to feel confident and free to contact organisations to seek help 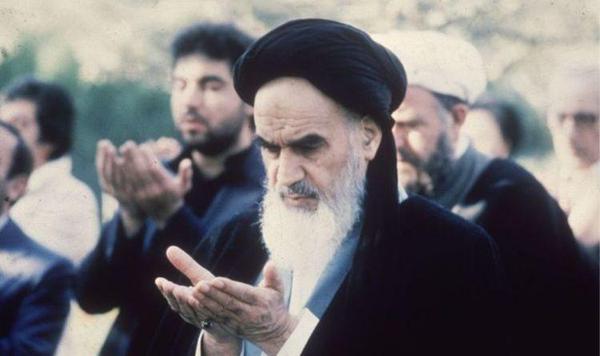 Despite the victory of the revolution, some in the Kurdistan province sought either greater autonomy or full independence from the new state. Now, a women's rights activist in the UK, Dianna Nammi, aged just 17 at the time, joined the Peshmerga forces before fleeing with her daughter after 12 years and claiming asylum. Ms Nammi, speaking to express.co.uk, explained her decision to join: “There was no other way to stay in Iran and to not be prosecuted and to stay safe, they only way there was som 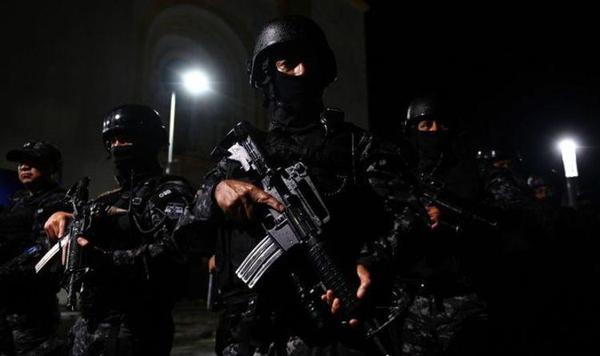 In March, there were just 65 murders and the Central American state went two consecutive days where no one died in a gang-related attack. The relative calm was a welcome change to normality when thousands of people a year die from senseless violence. Analysts have linked the reduction in deaths to the fact the gangs were now focusing on policing the coronavirus lockdown. Speaking to Express.co.uk, Dr Harry E. Vanden from the University of South Florida, an expert on Central American gang violen 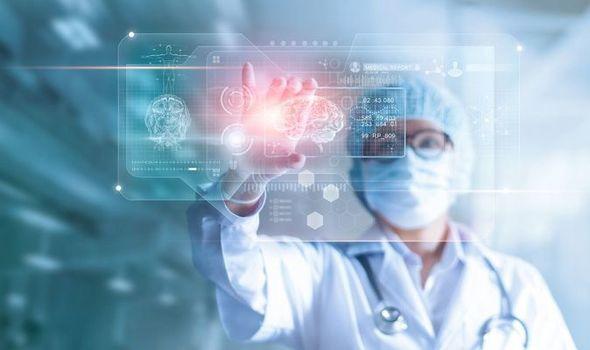 Coronavirus: How virtual reality revolution could play a role in tackling coronavirus

The previous models of watching mentors and slowly developing skills were often very time-consuming. But, Mr Vincent explained with VR: “It gives the ability to influence and change your skills set and teach you totally. “You’re either testing on a cadaver or a live patient, which has a lot of inherent risks.” Several NHS trusts are already making use of VR, for example, Hull University Training Schools have introduced VR to maternity wards to allow expecting mothers to experience the environmen 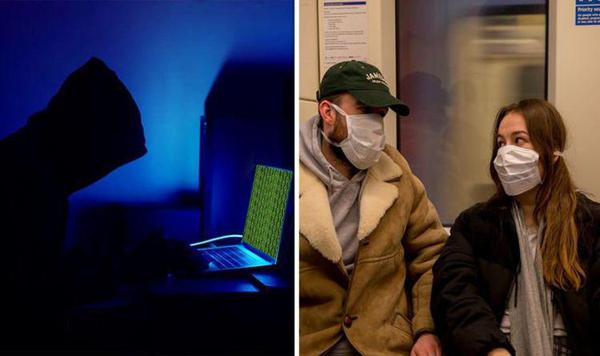 The origins of the pandemic, which are still unknown, have left people around the world baffled as the virus quickly spread around the world in a few months. Some bizarre theories include coronavirus being the body's reaction to the electromagnetic radiation from 5G waves. There is no scientific evidence to support this view, indeed the frequency of these 5G waves is between 30 to 300GHz, which is lower than the frequency of visible light or TV remote controls. Nonetheless, the theory and belie 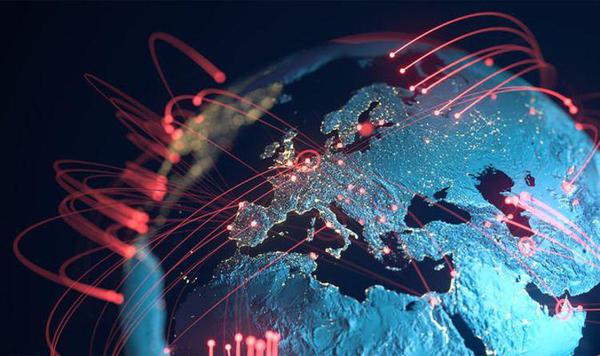 Professor Rick Douglass is a hantavirus expert, based at Montana State University and Montana Tech. Hantaviruses are a group of diseases that come from rodents and can affect humans, in the Americas they attack the lungs, whilst in Eurasia, they attack the kidneys. In North America, studies have shown the mortality rate is as high as 40 percent, but this figure is much lower elsewhere, speaking to express.co.uk, Professor Douglass explains: “Fortunately it is not very communicable [contagious]. 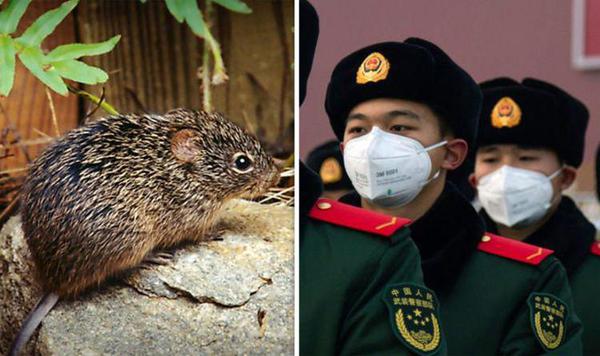 Despite China death, hantavirus is less of a threat than coronavirus - expert explains why

The couple were found to have been afflicted with a hantavirus, the first known cases of the disease in the US. On March 24 of this year, Chinese state media confirmed a man from Yunnan Province travelling to Shandong Province for work had died of hantavirus. Speaking to express.co.uk, Professor Jon Cohen, an infectious disease expert of Brighton and Sussex Medical School explained: “There are two families of hantaviruses, one of which causes a pneumonia type illness, another which involves kidn

Plastic waste is one of the major environmental challenges that activists have faced in recent years. I spoke to two specialists from Imperial College London about their research into tackling these issues. Plastic waste can take centuries to biodegrade. It can be washed into oceans, and be ingested by maritime species who mistake it for prey. They can also suffocate on plastic packaging. The world’s waterways are not the only place where the impact of plastic is dangerous. Plastic can also re
Load More Articles