Here you will find the news related pieces from across my portfolio. 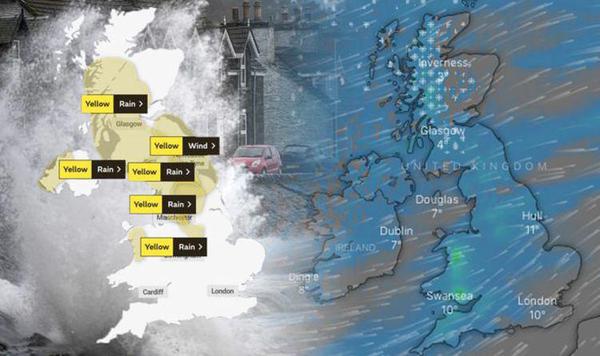 Bristol Live report that flood warnings should be heeded over the Severn Bridge. The Met Office says: "A spell of persistent, sometimes heavy rainfall is expected during Sunday morning. "Flooding of a few homes and businesses is possible. Some bus and train services could be affected with journey times taking longer." Brussels may face wind speeds of up to 56mph this weekend. A spokesperson for Noodweer Benelux said: “Storm depressions are not always easy to predict. “As we have seen with storm 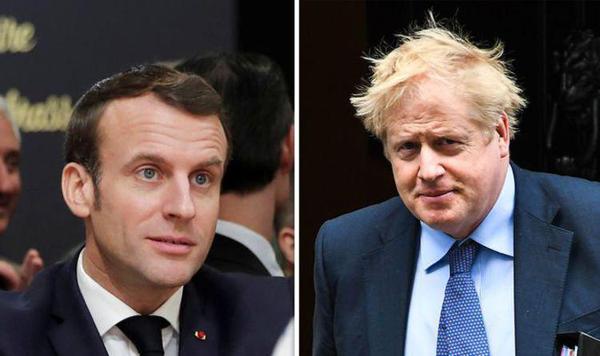 Mr Macron made the admission in a meeting with fishermen in Paris. The EU and UK have less than a year to negotiate a free trade agreement before the end of the Brexit transition, with Britain potentially having to proceed on WTO terms if no agreement or extension is reached. The French President said: “I am not sure that an agreement will be reached between now and the end of the year. “Anyway, it is going to become more tense because (the British) are very hard.” Paris and other countries wit 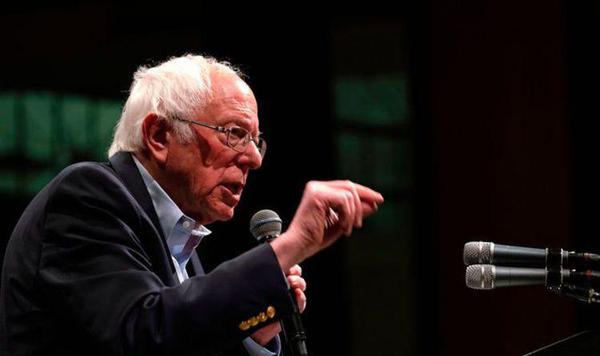 Bernie Sanders looks to have won the Nevada caucus According to the New York Times, the Vermont Senator has won 522 county convention delegations so far, more than double than his closest challenger Joe Biden. Hedge fund manager Tom Steyer spent $11million (£8.5million) on TV ads in the state, according to journalist Trip Gabriel, ten times more than other candidate, but has 62 delegates, meaning he is in fifth position. South Bend Mayor Pete Buttigieg is in fourth and according to Isabella Gru 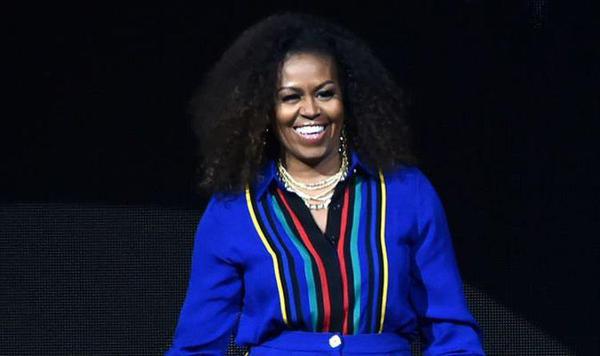 In a unanimous vote, the West Contra Costa Unified School District Board will change the name of Wilson Elementary school in Northern California to the Michelle Obama Elementary School. According to CNN, the PTA sent a letter to the school board after the move had unanimous supports from parents, students and community leaders. The President of the PTA, Maisha Cole explained: "We wanted to choose someone on a global level. "With a new school and new learning environment, we want our children to 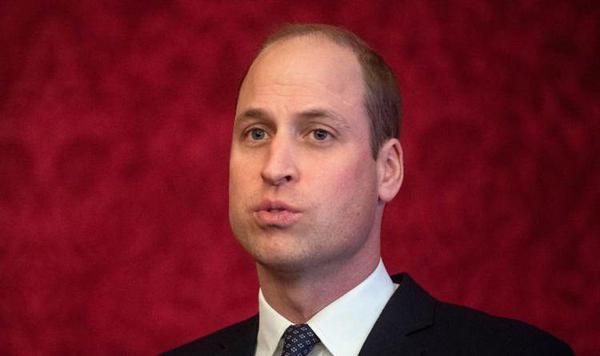 William was carrying out his duties as patron of the Welsh Rugby Union, accompanied by his children who reacted very differently to a new experience. The Duke met Rhian Roberts, primary school teacher who played with Y Piod Pnc for two seasons and has been supported by union’s trust since injuring her neck in a tackle. According to Mail Online, Mrs Roberts was told by William: “We've been lambing with the children this week.” Mrs Roberts had told William she had married into a dairy family in W 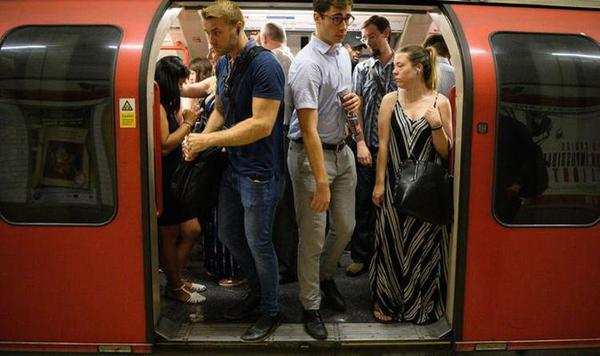 Emergency services rushed to the scene following the incident. The official Central Line Twitter account said: “Our current status is no service White City to Liverpool Street while emergency services deal with a casualty on the track. “Severe delays on the rest of the line.” The incident affected 15 stations between London Liverpool Street and White City. The Central Line is one of London Underground's busiest lines and serves 49 stations across 46 miles. A spokeswoman for British Transport Po 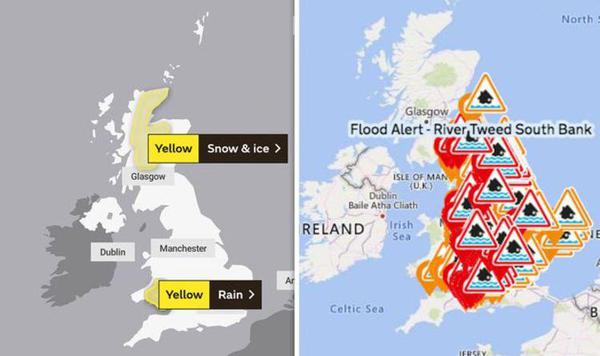 Weather warnings are in place on Sunday Much of central and northern Scotland is under a a yellow warning until 10.00am for snow and ice. The warning has been in place since 03.00am Saturday. The Met Office website warns of longer travel times. Injuries from slips and falls are expected. There is likely to be ice patches on roads, pavements and cycle paths. A yellow warning for rain is in place for much of South Wales until 11.00am, having began at 22.00pm Saturday night. The flooding of a 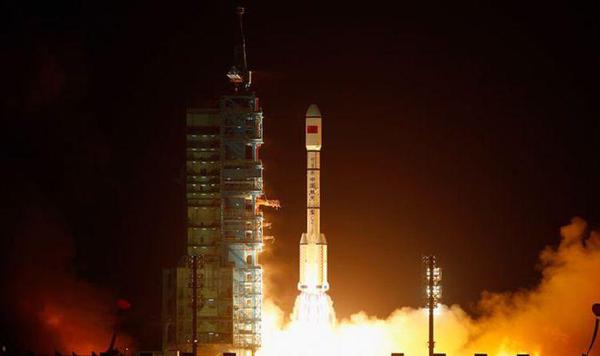 Xinhua say a Long March 5B rocket will be a “trial version” of Beijing’s new spaceship and could carry up to six astronauts, double the number of previous ships. The April mission will not, according to space.com, carry people or pieces of the nation, but prepare officials for the challenges ahead. China aims to complete the station by 2022. The station will be shaped like a T with a core module and two lab capsules either side. It is set to have one-third of the living space of the Internation 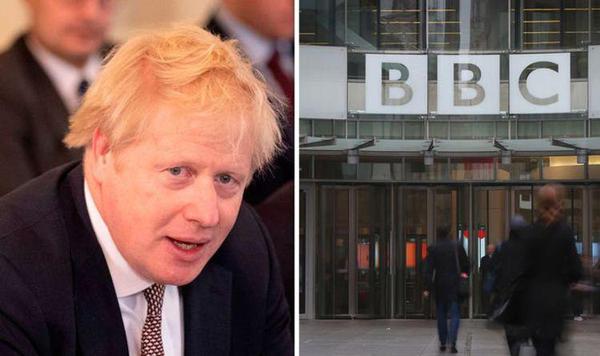 Such a move could leave to multiple BBC TV and radio channels being sold off or closed in the biggest shakeup of British broadcasting in decades. According to the Sunday Times senior figures in Downing Street have decided the BBC needs to be dramatically cut down in size. A source told the newspaper: “We are not bluffing on the licence fee. We are having a consolation and we will whack it. It has to be a subscription model. “They’ve got hundreds of radio stations, they’ve got all these TV stati 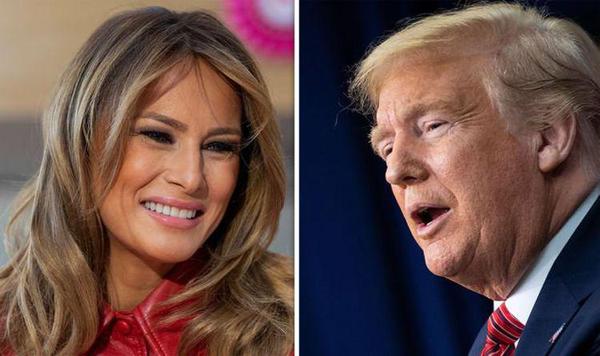 Melania Trump: FLOTUS set for incredible trip with husband at end of month

The POTUS is set to be in the South Asian country for two days. He has yet to visit India during his Presidency. An official spokesman told Hindustan Times: “Yes, Prime Minister Narendra Modi reviewed with chief minister Yogi Adityanath the arrangements being made for the visit of US president Donald Trump and First Lady Melania Trump to Agra on February 24. “Both of them will remain in Agra for nearly three hours.” The Trumps are also set to visit the Gujarati city of Ahmedabad in northwest In 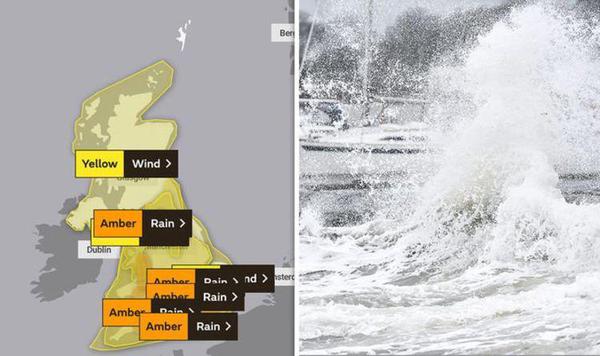 Yellow warnings are in place for wind in Scotland and Northern Ireland with delays to transport likely and the chance of power cuts and large waves around coastal communities. These warnings are in place for 10:00AM to 12:00PM. The situation in England and Wales is more varied. As well as yellow warnings for wind, there are also amber warnings for rain affecting parts of the northeast and Yorkshire, south and central Wales, most of the southeast of England and parts of Devon at various over Sun 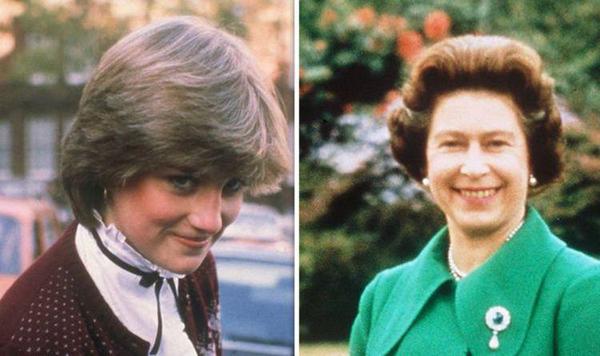 The letter was sent a few weeks after Diana’s interview with Martin Bashir in 1995, according to Paul Burrell, Diana’s former butler. Diana had claimed in the interview there were “three of us” in the marriage, referring to Charles’ relationship with Camilla, Duchess of Cornwall. Mr Burrell told The Sun: “It is a myth that the Princess wanted a divorce. “She never wanted a divorce, but just a separation. “Princess Diana showed me a letter one day which was sent by the Queen.” He explained: “It 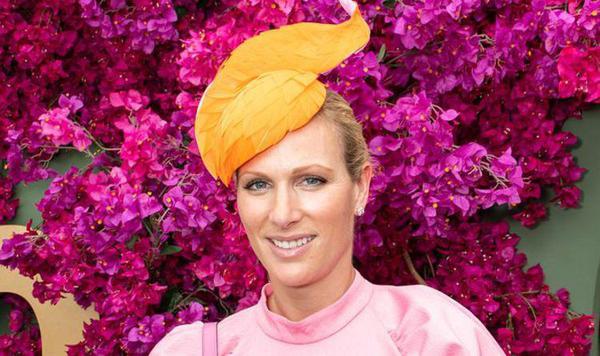 Her elder brother, Peter Phillips and his wife Autumn recently announced had separated last year and intended to divorce. Autumn was born in Canada and still lived there when she met Peter at the 2003 Canadian Grand Prix. According to The Sun, she considered moving back following the separation, but a source revealed: “Zara first stepped in to help mediate the couple when she heard of their struggles last October.” Anne, Princess Royal, is the mother of Peter and Zara. The source continued: “Za 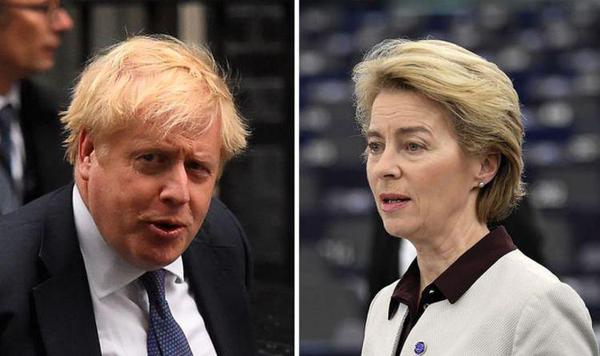 Number 10 is understood to have rejected stipulations in the negotiation mandate submitted to EU leaders by the European Commission. Mr Johnson’s advisor David Frost has had talks with official to finalise the UK negotiating position. According to the Sunday Telegraph Brussels insist the UK must agree to a “level playing field” in order to guarantee Britain will not become a low tax jurisdiction in the style of Singapore. The paper reports Mr Johnson’s team want a deal similar to deals with Can 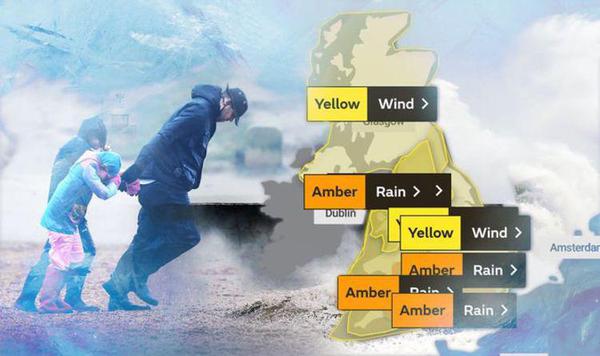 The warning is in place from 6.10am to 11am today. The Met Office said:" Storm Dennis is expected to bring further heavy rain for a time on Sunday morning, increasing the likelihood of high impacts. "Prolonged, heavy rain will continue until mid-morning, easing slowly into the middle of the day. This rain will bring event totals to between 100 and 140mm over higher ground in south Wales." 07:00am update: Flights cancelled According to the Telegraph, more than 300 flights from major airlines h 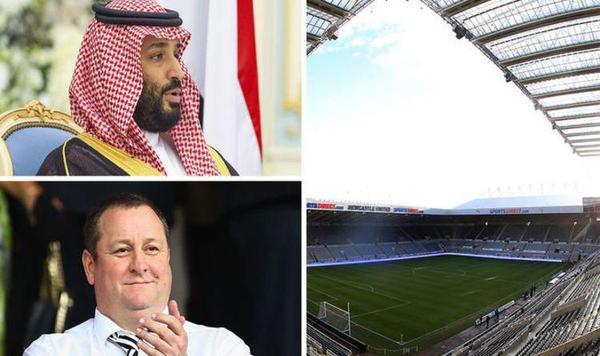 The fund is reported to be closing in on a takeover of English Premier League football club Newcastle United. This is despite Mr bin Salman and the Saudi government facing scrutiny over the slaying of journalist Jamal Khashoggi and the war in Yemen. Speaking to express.co.uk, Andrew Smith of the Campaign Against Arms Trade said: “There should always be strict regulations regarding state bodies and individuals who are using institutions in the UK for personal enrichment or self-promotion, especia 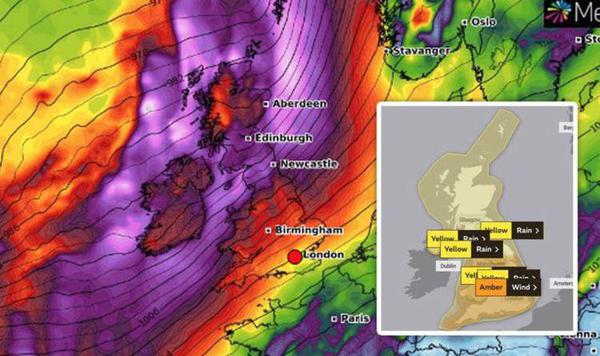 Aviation experts are hailing a journey from New York to London as possibly the fastest ever post-Concorde, thanks to wind from Storm Ciara. Twitter account Flightradar24 recorded British Airways flight BA112 completing a time of four hours and 56 minutes, just ahead of Virgin jet VS4, which came in at four hours and 57 minutes. Pilot Scott Bateman MBE said: "This is a great story for the media to report about Storm Ciara. "The record has been smashed this evening by Boeing. I think this is a sub 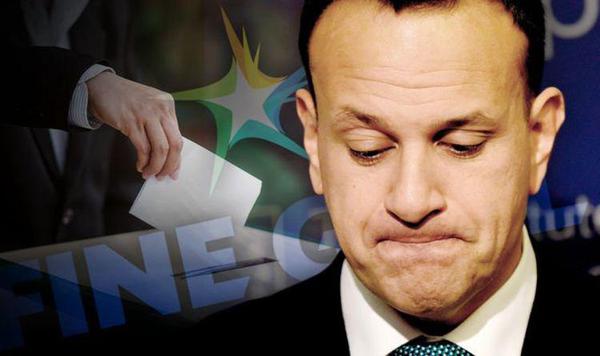 Mary Lou McDonald, Sinn Fein leader, soared in the exit poll of the crunch Irish general election, which saw Fine Gael leader Mr Varadkar humiliated. Irish voters took to the polls today to elect the 33rd Dail. The first votes were cast yesterday as people living on islands off the coast of Galway, Mayo and Donegal went to the ballot boxes, while the mainland voted today. The results of the exit poll put Fine Gael at 22.4 percent, Sinn Fein at 22.3 and Fianna Fail at 22.2 percent. This means th 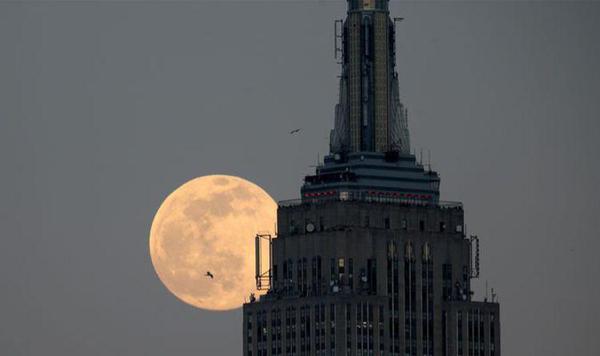 This phenomenon is the second full moon of winter. There is debate amongst astrologers as to whether or not this counts as a supermoon. This is when the Moon is at the closest point to the Earth in it’s orbit. Supermoon LIVE stream: How to watch the Full Snow Supermoon live? Supermoon UK: How to see the beautiful Snow Moon this weekend? According to CNN, expert Fred Espenak says it does, but another, Richard Nolle, says that will happen on March 9. The full moon signals the start of the Jewi 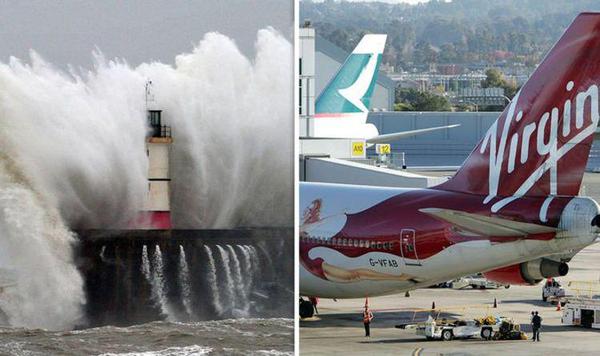 Met Office Weather warnings are in place for the whole of the UK on Sunday, ranked at either yellow or the more extreme amber. British Airways are offering flexible rebooking services in anticipation of the effects of the storm. On Saturday evening, the airline’s website wrote: “Like all airlines operating in to and out of the UK tomorrow, we are expecting to be impacted by the adverse weather conditions across parts of the UK on Sunday 9th February. Storm Ciara path update: THIS is how bad sto
Load More Articles