I edit my own West Ham United fan blog, the pieces from the site that I personally wrote can be found here. 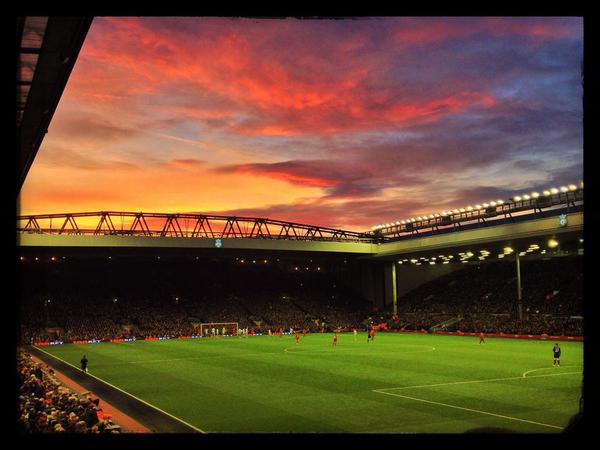 Sadio Mane scores twice at Anfield as West Ham slump to a deserved defeat in Manuel Pellegrini’s first competitive match. Liverpool started the game with impetus, enjoying the lion share’s of possession. A last-ditch nudge from Michail Antonio denied Roberto Firmino a clear opportunity to open the lead, with the Reds buffeting the West Ham box with a plethora of crosses. Another last-ditch tackle from Anderson was required after a rapid level break from a corner. It was one of the crosses th 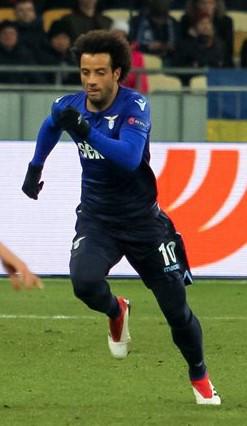 25-year-old Brazilian attacking midfielder Felipe Anderson has finally completed his much-anticipated move to West Ham. He joins from Lazio for a fee of £36 million, which could rise to £41.5 million. Anderson spent time at several different clubs as a youngster including Coritiba but found himself at Santos at the age of 14. Anderson would break into the first team in 2010, around the same time as Neymar and Ganso. Injuries met his made his debut in October 2010, appearing as a late substitu

Marko Arnautovic scored the winner but left the ground with his thigh strapped with an ice pack as West Ham overcame League One newcomers Wycombe at Adams Park in their latest friendly fixture. With the club’s live stream being unable to work fans not attending found it difficult to keep up with the match. Adrian had to be on his toes early on to make a smart save from a Wycombe attacker before debutant Andriy Yarmolenko showed some good work to set up Robert Snodgrass – though the return loan 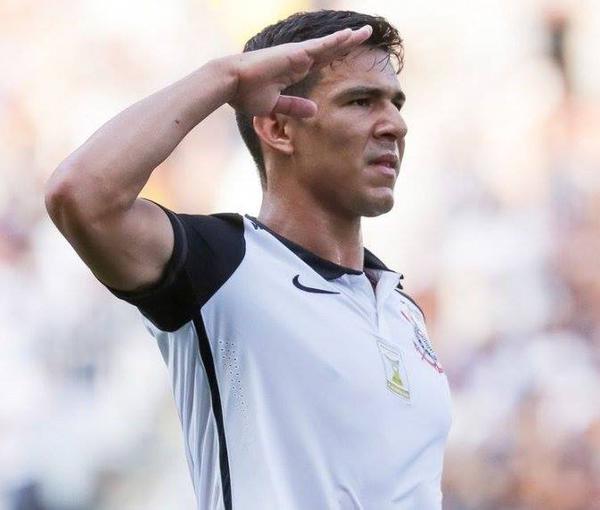 West Ham United have today confirmed the signing of Paraguayan defender Fabian Balbuena from Corinthians for an undisclosed fee. Balbuena, 26, who has played seven times for his country, featuring in the squads for the 2015 Copa America and 2016 Copa America Centenario, was captain at the Brazilian side. Born in Ciudad del Este, the nation’s second-biggest city back in August 1991, he began his career at Cerro Porteno winning the Division Intermedia and promotion in 2011. After 76 league appea 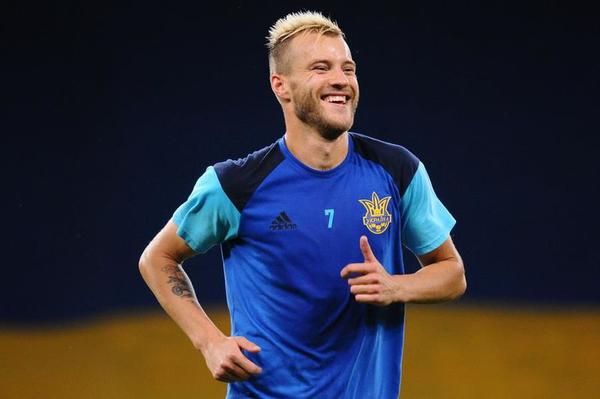 West Ham have confirmed the signing of Borussia Dortmund’s 28-year-old Ukraine forward Andriy Yarmolenko for an undisclosed fee. The former Dynamo Kyiv has signed a four-year deal at the Olympic Stadium. Born in Saint-Petersburg to ethnic Ukrainian parents, Yarmolenko moved to Ukraine as a young child and begun playing football for local clubs in Chernihiv. At the age of 13, he joined Ukrainian giants Dynamo Kyiv but returned after a year, having found training too rigorous. He would score fo

Manuel Pellegrini’s spell in charge of the Hammers begun with a defeat to against Swiss second-tier side FC Winterthur. The game was largely uneventful but sprung into life when Pablo Zabaleta fired just wide with the outside of his left foot before Winterthur hit the post and forced Adrian into a smart save. It was the Swiss who took the lead, a quick throw-in finding Calla who headed powerfully into the net. Young Conor Coventry had to be on hand to block a shot after a strong run from Luca 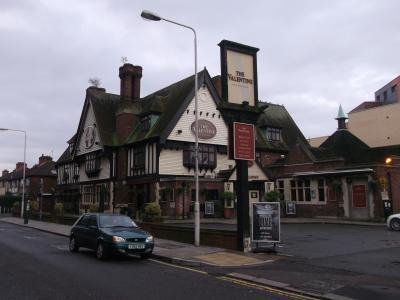 The nine-decades old Valentine Pub in Gants Hill, which hosted the wedding reception of Bobby Moore and Tina Dean in June 1962 is set to be saved from demolition. Tide Construction Limited withdrew plans to demolish the 1930s built pub today. In May, the company withdrew from plans to build a new major housing block, one of a number in the Redbridge Borough, but will now not demolish the pub either. Speaking to the Ilford Recorder, local campaigner Paul Scott said:  “I believe along with many 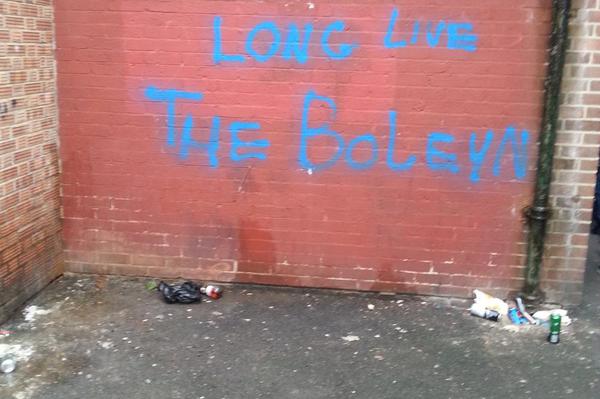 When everything just feels wrong: The Boleyn’s Last Stand, two years on

So, today on the 10th May, West Ham’s penultimate game of the season is a midweek clash against Manchester United. You’d be forgiven for thinking we’ve been here before. But the mood couldn’t be different. That clash two years ago, the last after 112 years at the Boleyn Ground, was the perfect night. It felt as though God if he existed, was a West Ham fan that night. We had a manager who understood the big occasion and got his team playing like it. The Boleyn Ground, as I’ve said several times 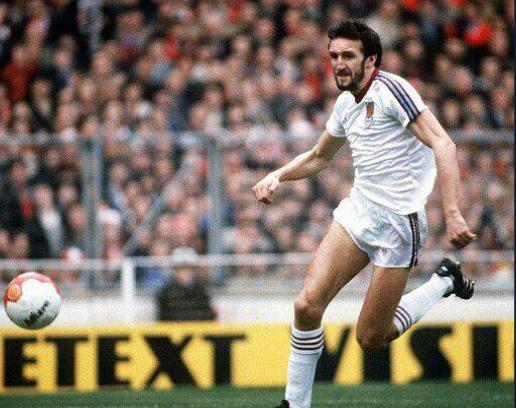 In Conversation with David Cross

This article was originally published in two parts on The National Student. Now, 67, David Cross refused to drink until gone midnight after winning the FA Cup with West Ham in 1980, in order to savour the memory. Starting as a lone striker, his side beat defending champions Arsenal. He pauses before talking about growing up watching the final every year and without hesitation says the final whistle was the best moment of his career. This was a career which saw him take on the likes of George 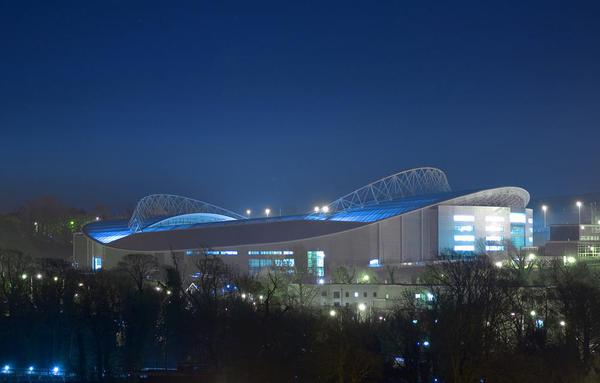 With the exception of a good ten minutes or so at the end of the first half, West Ham were outclassed, outplayed and outfought as they slumped to defeat on the South Coast. The Seagulls begun the first half on the front foot immediately and took the deserved lead when winning the ball after Javier Hernandez’s poor pass back to Mark Noble. The ball found Anthony Knockaert, who drew a foul from Aaron Cresswell. Whilst West Ham stopped, Brighton continued and Glen Murray was able to beat the offsi 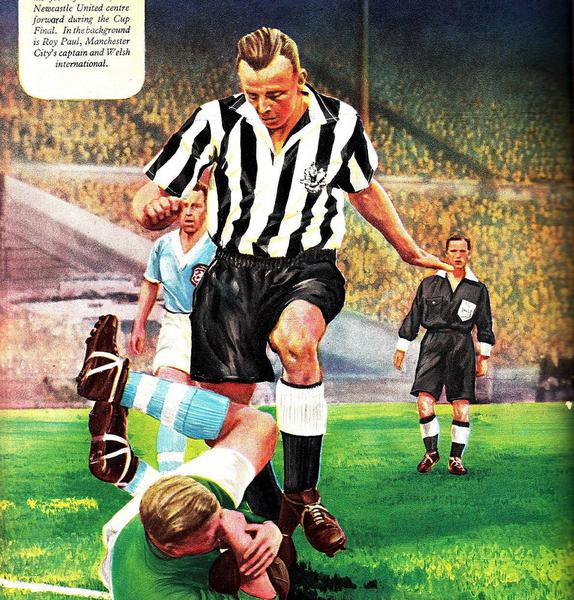 Former West Ham striker Vic Keeble has sadly passed away at the age of 87, following a short illness. We are saddened to hear of the passing of former Newcastle United forward, Vic Keeble. Everyone at Newcastle United extends their sincere condolences to Vic’s family, friends and former colleagues.https://t.co/zIbxtH4Vry #NUFC pic.twitter.com/Wc975odMpa Born in Colchester on the 25th June 1930, Keeble began his career at local club Colchester United, being signed by future West Ham manager Ted 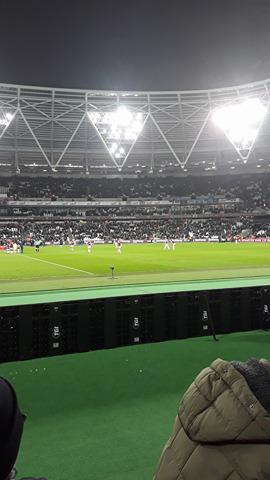 West Ham and Crystal Palace cancelled one another out as they played out a 1-1 draw on a cold January evening. Indeed, both teams played well in spells and were both let down by poor decision making. Hammers fan will be impressed by the form of Joao Mario on his first start, showing calmness on the ball and the intelligence to know when to press and when to stand off. The returning Sam Byram put in one of his best games in the shirt, while Cheikou Kouyate and Mark Noble were back to their bes 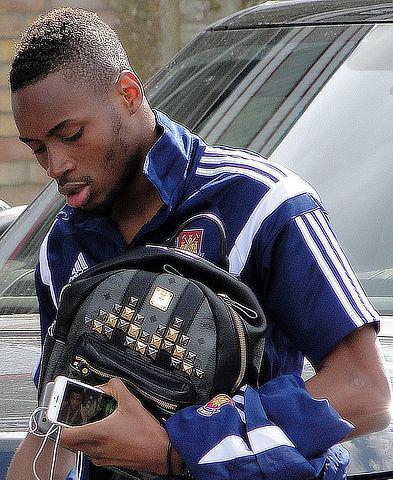 Diafra Sakho has finally completed a transfer away from the club, joining French side Rennes for a fee believed to be £8 million. The Senegalese striker, 28, joined West Ham for £3.5 million in the summer of 2014, in a move which saw Modibo Maiga move on loan the other way. Sakho had been the top scorer at Metz in the previous two seasons. A confirmed Sulli special, with Sam Allardyce having preferred the signing of Connor Wickham. Sakho made his debut in the 3-1 away victory against Crystal 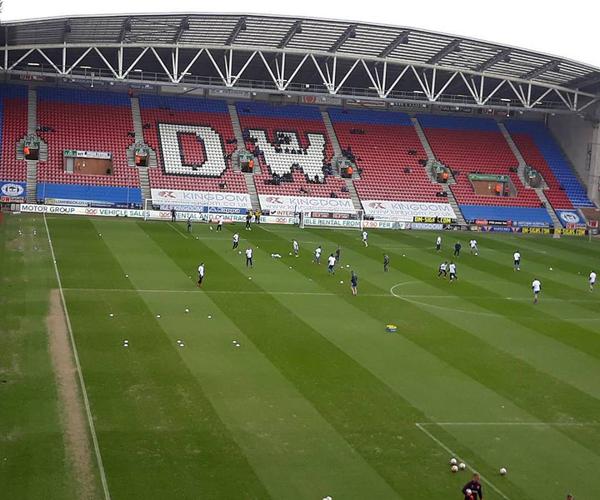 A disappointing West Ham performance saw them slump to a deserved 2-0 defeat at the DW Stadium to League One Wigan. West Ham showed some good forward play in the opening stages but quickly found themselves behind, Nathan Byrne’s cross being headed home by Will Grigg, the Northern Ireland striker towering above Reece Burke and heading past Joe Hart’s near post, though the England stopper really should’ve done better. Moments later and Chey Dunkley stopped a header low in the same corner, but it 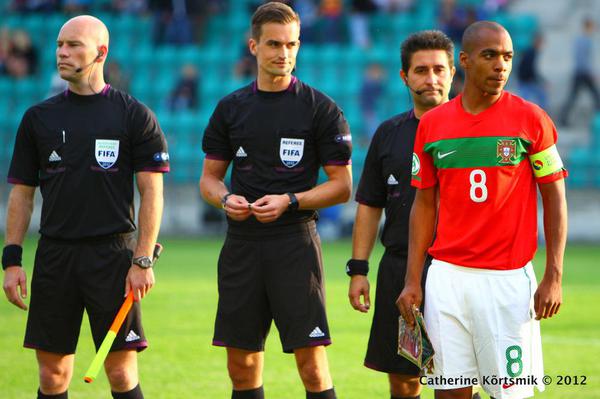 Joao Mario signs on loan until the end of the season

Portuguese midfielder Joao Mario has become David Moyes’s first signing as West Ham manager, signing on loan from Inter Milan until the end of the season. Reports claim the loan fee is 1.5 million Euros, the Hammers will contribute 3.5 million in wages and have an option to buy for 40 mill. Mario, 25, began his career at Portuguese giants Sporting Club de Portugal. He made his debut for the Lisbon club in a Europa League group match away at Lazio in December 2011, going on to make 91 appearance 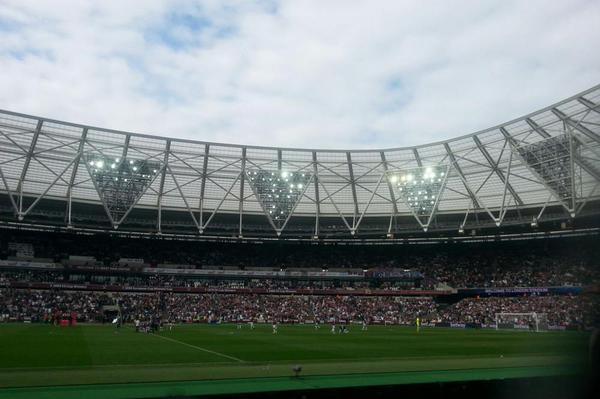 Javier Hernandez’s first goal since October, just seconds after Ryan Fraser’s opener, meant West Ham and Bournemouth played a 1-1 draw in the light rain of London Stadium. West Ham had the better of the game, with better chances, Mark Noble volleying onto the roof of the net and Marko Arnautovic forcing Asmir Begovic into a good save. Aaron Cresswell and Pedro Obiang dragged long-range efforts wide and Noble curled one out for a throw-in. Bournemouth enjoyed the majority of possession with Lew 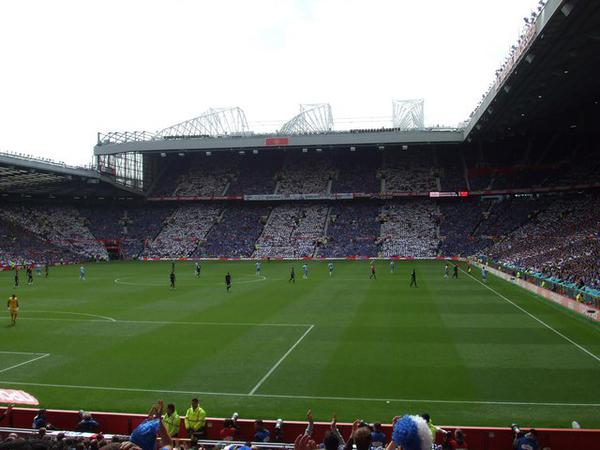 Having only named six substitutes, West Ham produced a remarkable smash and grab performance to defeat relegation rivals Huddersfield Town. A dull first half showing was on offer at the Kirklees Stadium, momentarily lifted by goals from both sides. First, Premier League debutant Joe Lolley was closed down and pressed by the returning Marko Arnautovic, allowing Hammers captain Mark Noble to steal the ball and slot at Jonas Lossl’s near post for his 50th career goal. 15 minutes later and Lolley, 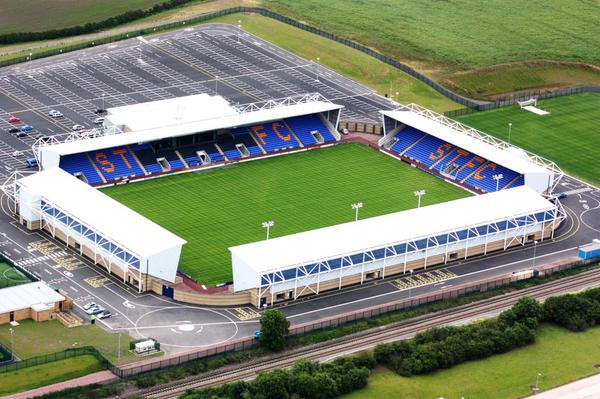 A strong West Ham United side were very nearly upstaged by League One Shrewsbury Town and left New Meadow lucky to still be in the tie after a poor display. The game will be remembered for sloppy, lackadaisical play from The Hammers, whose only “shot” on target was a flick on from a free-kick by Declan Rice. Indeed, the home side had two clear-cut chances  in the opening period, centre-back Matt Sadler, nursing a knock after a collision with Andre Ayew, run through the Hammers midfield, got luc 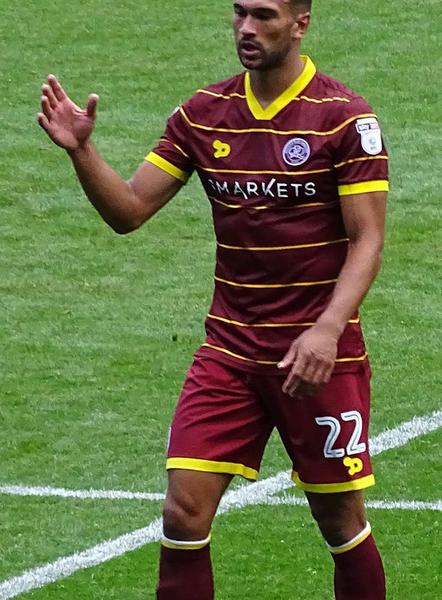 Defender Steven Caulker is reportedly set to join West Ham on a trial after his QPR contract was terminated last week. Caulker, 26, began his career at London rivals Tottenham Hotpsur having spent time at Hounslow Borough as a boy. After productive loan spells at Yeovil Town and Bristol City, Caulker signed for then newly promoted Swansea City on a season-long loan in 2011-12. Caulker capped a productive season in South Wales by being called up to the Team GB Olympic squad before returning to 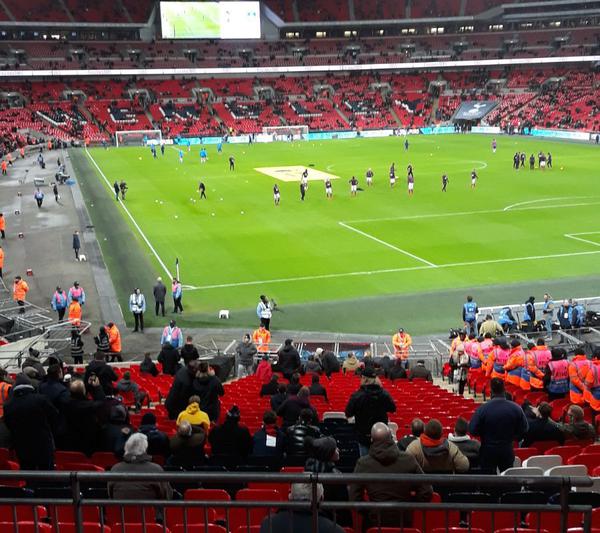 West Ham continued their unbeaten run at Wembley Stadium as a fine defensive display, admittedly missing some tooth going forward, kept an unimpressive Tottenham Hotspur out for 84 minutes. The first half saw nothing of note being produced from the Hammers, with slips from the Spurs back-line playing in the likes of Masuaku, Lanzini and Hernandez put poor decision making meant the away side were not able to get a single shot away. Hernandez, starting for the first time since the 1-4 defeat to
Load More Articles